Which Programming Language To Learn? 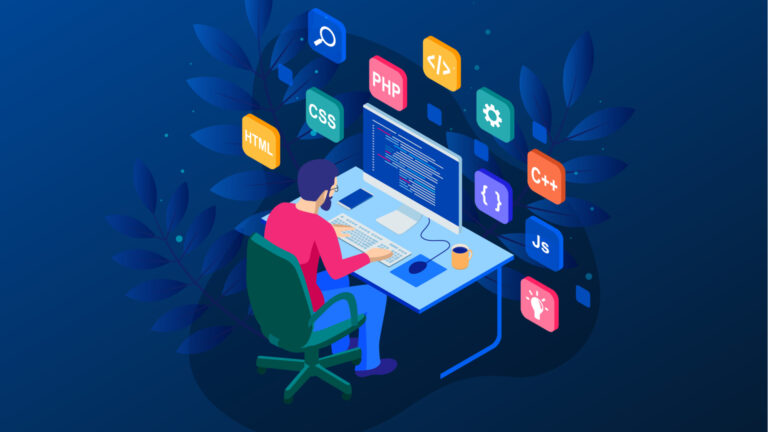 “What are the most used programming languages?” : this is the question many computer scientists ask themselves at the start of their careers.

The choice of a first programming language is not done lightly. It will in fact largely determine the developer’s employability rate (depending on market demand) as well as his future professional opportunities.

However, when you start programming, it is not easy to make such a choice as the options are numerous. Python, Javascript, C ++, PHP… so many languages ​​which each have their own particularities and which are part of different projects.

Whether you are a beginner or a confirmed developer, the choice of a programming language will condition your vision of development. If it appears essential that this choice is based above all on personal preferences, it is important to confirm it with regard to a certain number of criteria and statistics.

What are these criteria to take into account when choosing your first programming language? How to ensure that the latter will be consistent with his professional project and his skills?

To answer these questions, we surveyed various websites and rankings in order to offer you reliable and relevant selection criteria and to help you make your choice.

How to choose your 1st programming language?

In order to identify the programming language that suits you, you will need to focus on a number of points, including:

One of the most important criteria to take into account when learning a programming language is the use that will be made of it (in other words, your project).

Indeed, you will not choose the same programming language if your project consists of:

While some programming languages ​​allow a very wide variety of projects such as Javascript to be considered, others will be more suited to Front-End and/or Back-End development (PHP, Ruby) or web application development (Swift, Objective-C, C ++).

Some have specificities to take into accounts such as Python which is very popular with Data Scientists thanks to its wide range of libraries, particularly suitable for mathematical calculation and data analysis.

Choosing a “simple” programming language allows you to progress more quickly, especially if you are a beginner.

By immediately switching to a complex programming language, you risk being quickly stuck. Which, in the long run, may affect your motivation.

Today, languages ​​like Python and Ruby are relatively suitable for novice developers thanks to their intuitive syntax and their “object” orientation, making it possible to master these concepts very early on.

Choosing a popular programming language will allow you to benefit from all the advantages of a large and active community:

You will be able to access detailed and well-explained documentation that will allow you to quickly gain skills.

The community aspect is a major asset for getting started in programming and allows the most novices to complete their projects.

The popularity of the language

The popularity of a programming language can be calculated on the basis of different indicators.

With Google, popularity is evaluated according to the volume of searches carried out by Internet users:

The TIOBE index (April 2020), meanwhile, measures this level of popularity based on the number of web pages that speak of a particular language:

The TIOBE index on the most popular programming languages: Java, C, and Python. Date: April 2020

However, this is not the most reliable criterion for measuring the popularity of a programming language.

This is why we also consulted the PYPL index, which this time records the frequency of requests related to learning a language:

The PYPL index on the most popular programming languages. Date: 2020

Finally, like every year, we took a look at StackOverflow’s annual survey of the international community of professional developers. Here is the one from 2019:

As a leading IT recruitment site, the LesJeudis team has established its own ranking. The latter is based on all the criteria mentioned above but also on our own updated database.

Find below the programming languages ​​that are currently the most fashionable, the most used, and the most popular:

The ten most “powerful” programming languages ​​in France

For several years now, Python has maintained its first place on the podium of programming languages.

A true reference in the field of web development, it is suitable for both Front-End and Back-End Development. It is also very widely used in the creation of mobile and desktop applications.

Thanks to its ease of learning, it can be quite suitable for beginners and benefits from a very rich online documentation (tutorials, video training, articles, etc.)

Javascript has become very popular over the years and its skills are still in high demand by recruiters.

The advantage of this programming language is that it allows you to do (almost) everything: the creation of web & mobile applications, software, games, animations …

In addition, it is an easy language to learn and its community is very important. So much so that JavaScript now has an infinite number of frameworks (including the well-known AngularJS) and libraries (like React).

Largely influenced by C ++ (but much less complex), Java is today among the first programming languages ​​to be taught in higher education programs.

It is an “object” oriented programming language, also very widely documented and benefiting from a large number of frameworks and tutorials for the use of scripts.

Large community, rich API, strong typing… so many factors that allow us to affirm that Java is a programming language suitable for beginners.

A worthy descendant of the C language, C ++ is a compiled programming language (ie the program is directly executed on the computer).

Learning these two languages ​​can be perceived as more complex because it requires mastering a certain number of concepts (pointers, memory management, malloc functions, free, etc.)

Nonetheless, they are very powerful languages ​​that give their users maximum control over computing resources, both flexible and versatile.

You can’t talk about website development without talking about PHP, which is arguably the most popular method among junior developers. PHP is 78.9% of the world wide web which includes blogs, movies websites (kissanime), etc. It is easy to understand and above all free, which therefore does not require any particular resource.

You can easily train yourself with open source projects, which are widely available on the web, as well as online resources. The net is full of tutorials to improve your PHP skills.

PHP is compatible with multiple platforms and its hosting is simple. A few pieces of code can get a quick result.

In other words, it is a language that makes it possible to understand how information in a database is related to each other and to easily extract the information from it.

By training yourself in SQL, you will be able to use databases through requests sent to a server.

R is one of the programming languages ​​considered to be the most complex, both in its learning and in its use.

If it has extensive documentation, it is indeed not really suitable for beginners.

Completely free, this language allows you to apply statistical tests to a set of data and to represent them graphically.

It is the language of choice for creating applications in iOS.

Created by Apple in open source, Swift is a compiled object programming language, multi-paradigm, which combines simplicity and high performance.

It gradually replaces the Objective-C language which was dedicated for a long time to this type of application.

Created by Microsoft, C # is a general-purpose programming language, widely used in business. It is also suitable for creating mobile applications and video games.

It may be interesting to learn this programming language after training in C / C ++, on which it is based.

If you are interested in this programming language, do not hesitate to consult our article which will help you make a choice in C # and VB.NET.

While its popularity has declined over the past 5 years, Ruby – also known as Ruby on Rails – is particularly popular with developers.

Like PHP, it is free, and above all, very easy to understand thanks to its literary language. Designed on the MVC model, this framework saves considerable time since you do not have to repeat tasks.

In addition, developers who use Ruby can design a website as needed: it is not necessary to have any configuration beforehand.

The emergence of new technologies is not without impact on the IT sector and in particular on development. Companies are looking for skills that will allow them to face the challenges of Big Data and AI.

However, what matters even more than the popularity of a code is that it is consistent with your professional project.